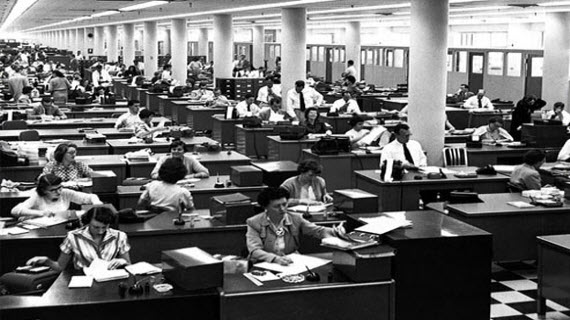 Most Read Posts for August 2011

These are the Most Read Posts for allenwhite.org in August 2011:
By Allen White
1. How Do You Know When God is Speaking to You?
2. Are You Discipling Your Online Followers?
3. Why Bother? (Smallgroups.com article)
4. The Power and Potential of Small Groups By Brett Eastman
5. How Can I Get My Group to Share at a Deeper Level?
6. How to Beat Small-Group Burnout
7. Is Pornography Adultery?
8. Is Worship in Small Groups Even Possible?
9. Connecting the Last 30 Percent: Engaging Introverts (3-Part Series)
10. How Do We Balance Developing Relationships and Completing Lessons in a Group?

1. Are You Discipling Your Online Followers?

2. Who Should Choose Our Next Small Group Study?

6. How Do I Get My Group to Do Their Homework?

8. How Do I Deal with Group Members who Gossip?

9. Small Group One on One

Small Group One on One

How Do I Meet the Emotional Needs of My Group Members?

By Allen White
Small Groups can meet some of our basic emotional needs. Everyone needs to feel that they belong. This is a high value among Small Groups. The Bible teaches us, “Just as each of us has one body with many members, and these members do not all have the same function, so in Christ we who are many form one body, and each member belongs to all the others” (Romans 12:4-5). We all want to be included by others. Our Small Group is the place where we’re always included. We belong.

We also need to feel accepted. Regardless of where we’ve come from or what we’ve done, Small Group is a place where we can come as we are to learn, to connect and to encourage each other. That doesn’t mean that our group will allow us to stay where we are. If there are things going on in our lives that are harmful or damaging to our well-being and our spiritual growth, then it’s the group’s place to address these things in our lives. Sometimes we are blind to things about ourselves that are very obvious to others. The group should never approach anyone with a judgmental or self-righteous attitude. The rest of the group has their issues too.
Our couples’ Small Group in California was a diverse group. We had a broad age range. Some couples had small children. Others had teenagers. One couple had grown children. One member enforced the law, while another member gave us the impression that he might be running from the law. It was a mixed bag of folks.
Two of our guys would always end the evening by going out in front of our house for a smoke. The rest of the guys were a little jealous of the fellowship they enjoyed out there. For a brief time, we even considered taking up the habit. Word got out to other Small Groups that we had a couple of smokers. In fact, a member of another group approached me at church one day, “It must be embarrassing that you as a pastor have small group members that smoke in front of your house. What do your neighbors think?”
I said, “I know it’s terrible. But, what’s even worse is that I’ve heard that some of our groups are full of gossips.” Okay, I didn’t actually say that. But, if I had, wouldn’t that be awesome?
We have to accept people where they’re at. Think about it. Where else are we going to accept them? I suppose we could put some prerequisites for being accepted into our group. But, why make it harder to be accepted in our group than it is to be accepted by Jesus Himself?
While Small Groups can meet some important emotional needs for our members, groups can’t meet all of their emotional needs. And, I’ll go ahead and say it, they shouldn’t try to meet all of their emotional needs either. While the Bible does tell us to bear one another’s burdens (Galatians 6:2), it also tells us that each one should carry his own load (Galatians 6:5). John Townsend and Henry Cloud do a great job of explaining this in their book, Boundaries.
As a group, we can help people process what’s going on in their lives. We can care for them. We can pray for them. We can follow up with them. But, we can’t allow the needs of one member to dominate the group. If we begin to see this happen, we need to gently recommend other resources to address their issues. At that point a support group or counselor could help them work through their issues. If someone is struggling in a relationship or with a life controlling problem, the group can certainly support them in his progress, but the group cannot become his “support group.”
Now, I didn’t say kick them out of your group. I didn’t say that. In fact, the leader should let them know that they are welcome to stay for Bible study and that the group will gladly support them in their journey. But, the work that needs to be done has to happen in another setting.
It’s important to know what we can and cannot do in a Small Group. We can offer teaching from God’s Word. We can offer fellowship. We can offer prayer. We can offer acceptance and belonging. We can’t offer anything that caters solely to one group member and excludes the others. We can’t take on all their problems. We can’t meet all of their emotional needs. We can’t do for them what only God can. But, we can keep pointing them back to God.
A member of my group was struggling with how to help a friend who had a financial need. He wasn’t sure about how much more involved he should be. He had already paid some of this person’s bills. I asked him what he felt led to do. He gave one of the most honest answers I’ve ever heard. He said, “I’m codependent. I feel led to solve all of the problems. That’s why I need the group’s insights.” We helped him figure out where to draw the line.
What is your group carrying for your members? Where might your group be trying to carry the member’s whole load as well? How do you know when it’s time to ask for help? I would encourage you to check in with your coach and determine what help is truly helpful.